I am an astrophysicist at the Friedrich Schiller Universität in Jena, Germany. My work focuses on planetary systems, and in particular how planets, asteroid belts, comets and dust evolve and interact with one another. Much of my time is spent on mathematical modelling and numerical simulations. I completed my PhD in 2016 with Mark Wyatt and Grant Kennedy at the Institute of Astronomy in Cambridge, UK. I then worked outside of academia, as an officer in the Royal Navy and also as the mathematician at a small software firm. In December 2019 I returned to academia, joining the Astrophysikalisches Institut und Universitäts-Sternwarte in Jena. Outside of work I love pretty much any outdoor activity, as well as travel and history. I am also a die-hard Nintendo fan, perhaps unsurprisingly as an astrophysicist. 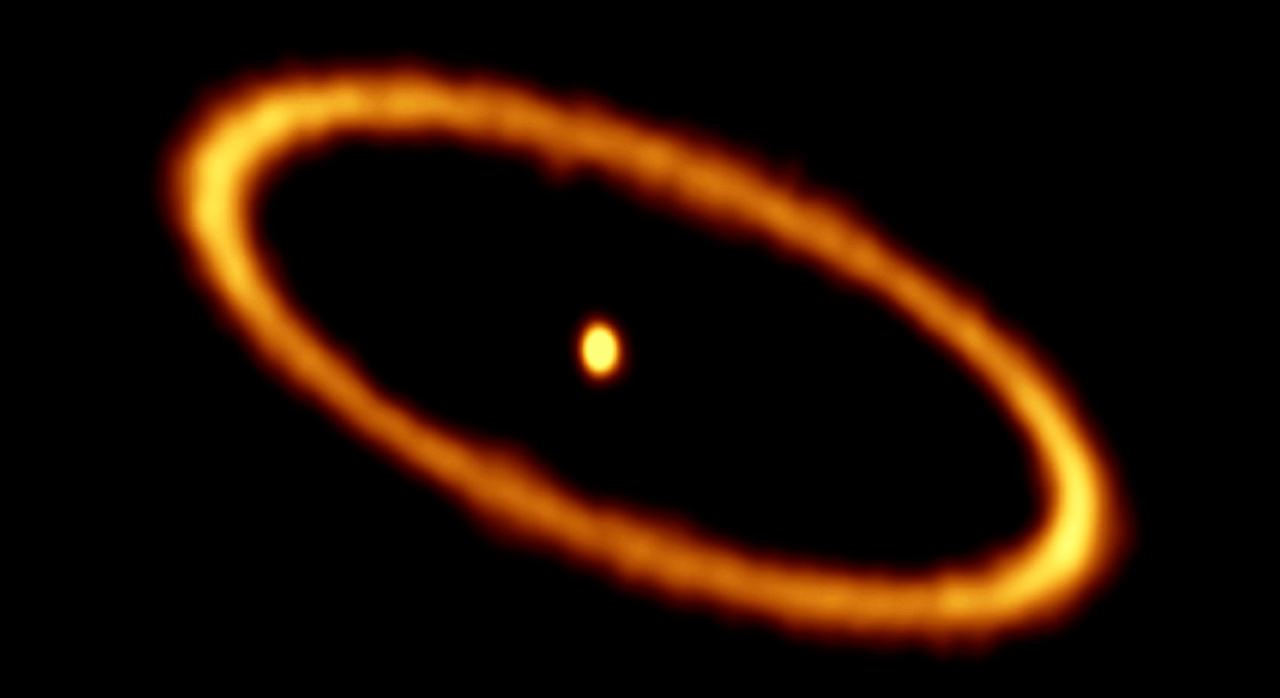 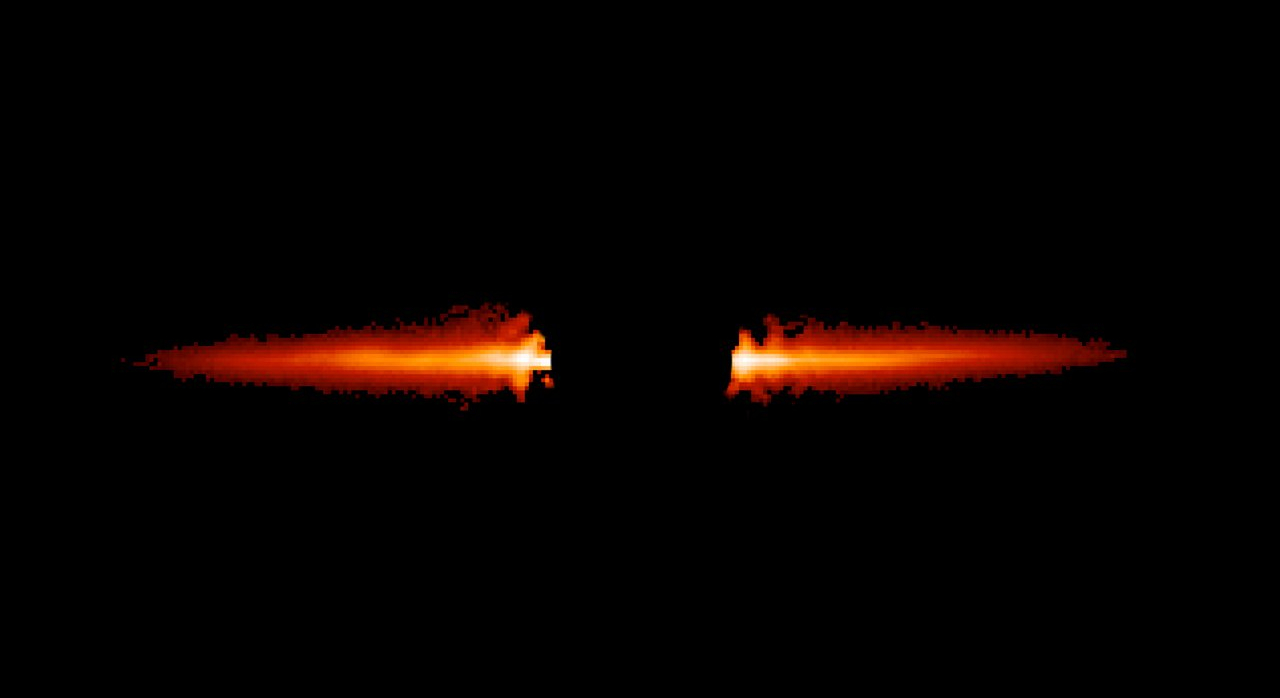 ‘Debris’ refers to any solid material in a planetary system, other than planets and moons. Asteroids, comets, dust and dwarf planets can all be classified as debris. Since the 1980s this material has been detected around other stars, and we now have instruments powerful enough to resolve debris populations in some of these systems; the left figure above shows an ALMA image of debris around the star Fomalhaut, and the right figure is a Hubble Space Telescope image of debris around AU Microscopii.

Many such ‘debris discs’ are comparable to (although much brighter than) the Asteroid and Kuiper Belts in our own Solar System. In the same way that the number of known exoplanets has greatly increased over recent years, we now know that debris exists around a significant fraction of stars other than our Sun.

However, despite these advances there remain many unanswered questions. How and why do debris discs form? What is their relation to planets? How massive are they? What can they tell us about the early stages of planetary system evolution? Much of my work focuses on these questions.

Planets Interacting with Asteroids and Comets

Planets exert gravitational forces, which can affect debris. Likewise, gravitational forces from debris can affect planets. This interaction produces warps, clumps, spirals and other features in debris discs, transports material between different regions of systems, and causes planet orbits to change. Interesting debris features are observed in many systems, but in most cases the planets responsible are too small to be detected.

One aspect of my work involves constraining the properties of these unseen planets, by examining features observed in asteroid belts. This allows us to probe planet parameters in the outer regions of planetary systems, where most planet detection techniques are ineffective. The above image shows a simulation of a planet interacting with debris, where the white ellipse is the planet's orbit and the white point is the star. The planet has induced a spiral in the debris disc, which could potentially be observed.

The Nature of Hot Dust

Small dust grains are released by comets, and also by collisions between asteroids. Such grains are detected around many stars, and dust in the Solar System is even visible with the naked eye from Earth (the white column in the centre of the above image, known as 'zodiacal light').

However, a significant fraction of stars also host very hot dust, located in the innermost regions of planetary systems. The nature of this hot dust is a mystery, since it should rapidly sublimate and blow out of the systems. I investigate potential mechanisms that could trap and / or supply this hot dust, which appears to manifest itself around a broad range of star types and ages.

The Orbits of Distant Planets

We can now image large planets far from their host stars, in the outer regions of planetary systems. However, constraining the orbits of these planets is difficult; the planets may take thousands of years to complete a single orbit, so even if we take multiple images over several decades, we would see the planet move a relatively small distance over that time. The above image shows the tentative planet Fomalhaut b, which moves over a very small fraction of its orbit during 8 years of observations.

Astronomers often try to determine the orbits of these planets, but it is unclear how best to do this without missing some potential orbits or making the solution appear more constrained than it actually is. I work on alternative methods to constrain planet orbits from imaging, which reveal all possible orbits and do not unfairly favour some solutions over others.